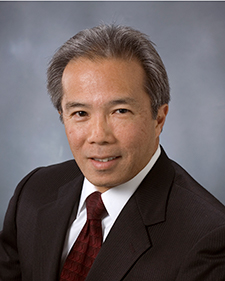 Prior to his work with SSC, Robert had a distinguished career in California state government, spending 22 years in numerous fiscal agencies focusing on school finance. He served as the Deputy Director of the Department of Finance, where he oversaw the department’s position on all pending legislation and provided advice to the Governor and Director on legislative and budget issues. Prior to that, he served as the Director of the Education Finance Division in the Department of Education, overseeing the apportionment of more than $25 billion in state funds to local educational agencies for the Principal Apportionment, Special Education, and numerous other categorical programs.

Robert has also served the California Legislature directly as a Principal Consultant for the Assembly Budget Committee and the Assembly Ways and Means Committee and through the nonpartisan Legislative Analyst’s Office. In these positions, he was responsible for analyzing the Governor’s Budget proposals for K-12 education and the California Community Colleges, including Proposition 98, Special Education, and general education apportionments.

Robert also served as Director of Expenditure Forecasting for the Commission on State Finance. In this capacity, he directed the development of near-term and long-term projections of caseload and costs for the state’s major General Fund programs, including Proposition 98, Medi-Cal, Corrections, and Higher Education.

Robert graduated from the University of California, Berkeley, with a Bachelor of Arts in Economics and Political Science and from Harvard University with a Master’s Degree in Public Policy.